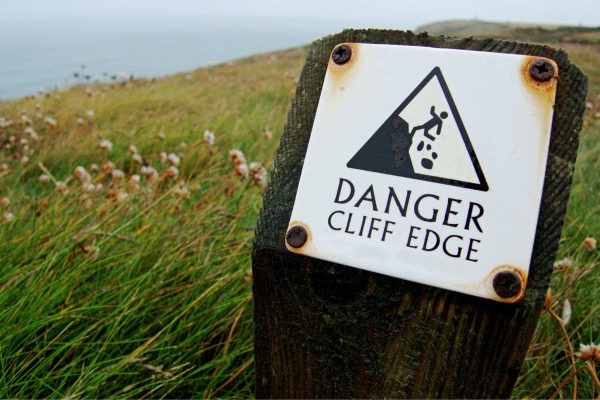 Performative DEI: What Brian Flores is exposing about sham DEI efforts in the NFL and the persistence of Anti-Blackness everywhere

When former Miami Dolphins head coach Brian Flores announced last week that he was filing a class action lawsuit against the National Football League and its teams, most notably the Dolphins, the New York Giants, and the Denver Broncos, a cascade of reactions erupted across multiple social media platforms.

There were, of course, the anticipated denials by the accused. There were also the multiple interviews Flores delivered across television networks that, I suspect, triggered the collective deep sighs and head nodding that countless Black folks may have engaged in, as if to say, “we hear you Brian…”

In 2003 the NFL put into effect the “Rooney Rule” – named after Dan Rooney, former owner of the Pittsburgh Steelers and head of the NFL’s diversity committee, and was one of the first institutional attempts by the league to address systemic racial bias and discrimination in hiring practices.

The rule came on the heels of the high-profile firing of two of the NFL’s most successful coaches at the time, Tony Dungy of the Tampa Bay Buccaneers, and Dennis Green of the Minnesota Vikings. After the firings, Green would only coach three more seasons in Arizona, while Dungy became the head coach in Indianapolis where turned the Colts into a perennial powerhouse and into Super Bowl champions in the 2006 season making Dungy the first African-American head coach to win a title in league history.

The allegations Flores delivered mirror troubling racist organizational practices that have long been in place for generations in organizations across our society. The practices of sham interviews, being tokenized, and being put into “glass cliff” roles which are often – consciously or unconsciously – set up to fail.

These “set up to fail” DEI positions are often put into place quickly and with little thought. Organizational leaders seem more motivated in this process by their own public image and often in performative and self congratulatory acts.

Driven mostly by public perception, these DEI roles – and the lack of vision that goes into creating them – often reflect the pressures that organizational leaders might feel to demonstrate their “commitment” to DEI. An organizational leader, facing the prospects of going into a new fiscal year or season without any demonstrated institutional commitment to DEI, may suddenly make a phone call to a Black leader within or outside the organization and quickly offer them a promotion or a high level position on the leadership team.

As such, organization leaders will often take these steps without providing the new Black leader with the institutional power, resources and support necessary to be successful. The Black leader may be asked to take on tasks or controversial issues within the organization without the power or time to produce the outcomes needed to move the institution forward. The pressures Black leaders encounter in facing these enormous obstacles can lead to exhaustion and burnout. This can negatively affect performance.

Then, if the Black leader fails, they are scapegoated as the reason for the failure and let go. And, in the case of Brian Flores, you may produce the franchise’s first back to back winning seasons since 2003 and still be fired.

Any organizational leader that is serious and authentic in their diversity, equity, inclusion, and anti racism/anti bigotry work and supporting Black and Brown leaders at any level will – at a bare minimum – institutionalize their DEI efforts and include and engage in the following twelve steps:

2. Put into place an intentionally collaborative senior leadership team that communicates with consistency the vision and expectations for imbedding equitable practices across the organization.

3. Demonstrate clear and consistent pattern of senior leadership that responds visibly, quickly, and forcefully to acts of discrimination, bigotry, and hate within the organization.

4.  Speak up consistently and visibly in response to acts of hate and bigotry outside of the organization and in our larger society.

5. Provide a robust professional development education and training curriculum to be delivered annually to all employees.

6. Deliver clear communication of the expectations management and senior leaders have for all employees in the organization to be educated in and apply equitable practices.

7. Institute a performance evaluation system for all employees and leaders that measures individual and departmental contributions to an equitable community.

8. Produce clear and robust language in employee handbooks regarding anti-discrimination policies and then have the willingness to enforce these policies to hold folks accountable.

10. Spearhead an institutional assessment process that allows the institution to hold itself accountable to its stated DEI values and goals.

11. Bring in a DEI senior leader who is not tokenized and relegated to being a “crisis manager,” but who is a knowledge expert, who will provide guidance, who will be relational, who will be a collaborator, and who will be a champion who empowers others to step up their equity work, and who is given the authority, power, resources and institutional leverage to move the organization forward.

12. Foster an environment among the team of senior leaders and professionals to develop the maturity to receive honest and constructive feedback without falling apart.

If you have these efforts in place, you have a basic foundational structure for giving Black and Brown leaders and your DEI efforts a chance to be successful.

Of course, planning and ideas are not enough. Leaders who authentically implement a DEI culture are not successful because of the existence of a strategic plan or policies.

DEI is reflective of how culturally conscious a leader is.

DEI work is a mirror that reflects a leader’s values, and how each leader lives, works, and shows up for equity each minute of each day and how that shapes the culture of the organizations they lead.

DEI work means creating a culture of respect and dignity for every individual and the elimination of deficit thinking and attitudes towards Black and Brown leaders.

DEI work is the recognition that we are always learning and growing in our capacity as leaders to engage in the complexities of this work by not perpetuating systemic racism in our organizational practices and culture.

And, DEI work means being committed to giving Black and Brown leaders, coaches, CEO’s, community leaders – folks like Brian Flores – as much support as possible to express the fullness of their talents and to develop the capacity to reach their full potential.

Roger is the Director of Strategy and Innovation at MSM Global Consulting. He brings twenty-five years of experience in DEI, with a specific focus on equity in education. Roger worked in Higher Education from 1997 to 2021 and has been engaged in equity and inclusion work since 2002. He is an active, impactful, and accessible consultant and public speaker on these issues.