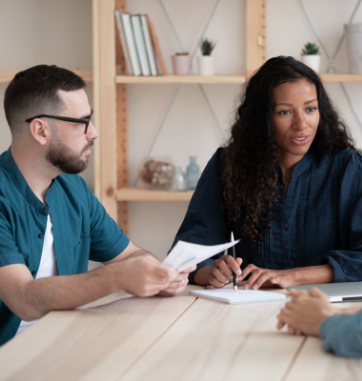 I’ve received a number of emails from colleagues and clients asking me about the argument that DEI, anti-bias, and anti-racism training is not effective and even detrimental. In short, the argument being presented is that these trainings do not reduce discrimination or turnover of marginalized populations, and therefore are a waste of time and resources.

Although I agree that training alone does not change systemic injustices, it is foolhardy and even dangerous to push this argument as it is often misinterpreted or even used as a justification for maintaining the status quo of power.

In a recent New York Times opinion, David Brooks argues that “racial diversity programs” to combat bias do not change people’s behaviors. I have personally seen the opposite over the last 17 years of doing this work.

To be clear, there is some merit to Brooks’ argument, mostly based on an article by Frank Dobbin and Alexandra Kalev. One-time superficial training that tries to ram a lot of facts at people doesn’t often lead to attitude or long-term behavior change. That’s the case in pretty much any type of skills training one experiences.

However, the danger of this argument is that it gives many who are already uncomfortable with exploring racial prejudice in our nation an excuse to NOT do anything. The underlying message is, “don’t talk about these issues and they will just right themselves.”

What I and so many of my colleagues and mentors have experienced in this work is that training is essential to provide people with an opportunity to learn from one another, to have a psychologically safe place at work to talk about the inequities they and others may face, and to build the skills needed to be held accountable for their actions. If we don’t provide skills-based learning on DEI, then those coming from privileged social identity groups implicitly seek to uphold the power structure.

I’ll give you an example from just one of my personal experiences of a training that led to perspective and behavior change. I led a group of executives from a federal agency in an anti-racism program in 2019. We did a deep dive into the history of race in the U.S. We had small and large group dialogues on identity, and explored race, privilege, and whiteness. We paired participants with someone who came from a very different background to be accountability partners. One older white male at the end of the program said, “I am forever changed by this experience. There is so much I was never taught, so much I never knew about race in America because I never had to know it. I am committing to having conversations with my grandchildren about what I’ve learned. I want them to understand the world differently than I did as a child.”  He and his colleagues had conversations about and practiced ways to act as allies for equity and inclusion. The training was so well received that hundreds of other employees from the agency applied for the next cohort of the program, which demonstrates that people are hungry for this kind of learning.

I know this is one example and that particular agency didn’t immediately upend the inequities that exist for all BIPOC employees as a result of a two-day training program. However, the training was an essential part of a much broader and long-term initiative focused on systemic change.

People need to be given the tools and time to practice behaviors to check their own biases, to manage their communications with others, to expand their existing comfortable social networks to seek out divergent perspectives, to call others “in” when they engage in exclusive acts. Otherwise, we’re perpetuating the same systems that have oppressed and disenfranchised people of color for generations.

Obviously, training alone is not enough. Organizations must be ready to go beyond surface level programming, to make DEI a strategic imperative and embed it into every part of the organizational fabric. But we must not discount the need to equip people with the knowledge and skills to effectively engage in anti-racist behaviors and to upend the deep-seated structures that enable white supremacy.