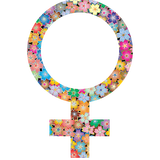 Almost every conversation I have had with women in my peer group of late has started with a sigh, followed by some form of the following sentiment, “I am just so busy I can barely keep my head above water.”

We feel torn quite literally torn apart by the ever shifting and competing demands to simultaneously manage our careers and crush it on the home front. We must be exemplars to our children of strong, professional females while also orchestrating our domestic lives and social activities. As our parents and elder family members age, many of us are also facing the added pressure of planning out and caring for our elders’ health and wellness.

I recently came across an article in the New York Times called, “How to Make Your Marriage Gayer,” by Stephanie Coontz, which had offered thought provoking research on the challenges women face in heterosexual marriages vs. their peers in same sex marriages. The article cites a study indicating that women in different-sex marriages as opposed to same sex marriages report higher levels of psychological distress. Much of this is driven by the fact that even as more women in recent decades have careers and full time jobs, the amount of time they are spending on domestic chores and child or adult care has not become more equal to men’s. With same-sex couples, they are not bound by the same gender role norms, and therefore have to create their own agreements on how the work will be shared.

Some of this is self-created, as many of us women do fall into the trap of our own internalized and often unconscious mental maps around the role of women vs men. Yet, there are also immense systemic and cultural barriers to women having equality.

So I turned to an expert to learn more about what can be done to navigate the ongoing challenges for women to gain an equal playing field.

Dr. Martha Miller became interested in cross-cultural communication while being tossed on a blanket by Eskimos at the age of three. How’s that for an intro!

In our conversation, Martha shared with me stories from her childhood as part of an Air Force family, traversing the globe and learning new languages and cultures as she went.

Martha has worked with a wide range of clients including General Electric, IBM, Hewlett Packard, the Royal Bank of Canada, General Motors and the U.S. Foreign Service, and NASA.

Martha has taught at both Harvard and Yale University, and is currently the faculty director of the UCLA Anderson Women’s Leadership Institute. She has deep experience in gender equity issues, and we had an energized conversation about the challenges women leaders face and discussed the importance of women building community to support one another’s success, as well as the need to equip men with the skills to be allies and advocates for gender parity.