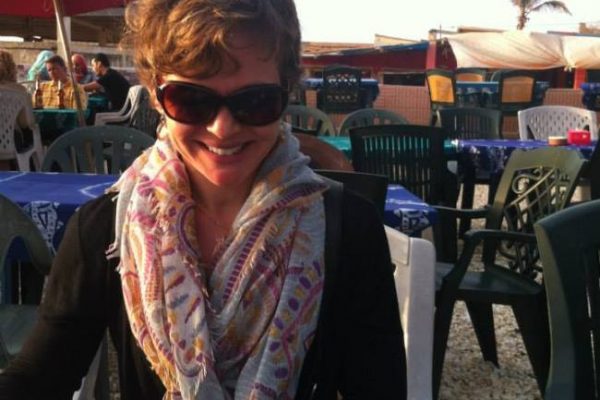 While traveling a couple weeks ago in Dakar, Senegal, in addition to eating a lot of delicious fish (see the massacre on my plate, stage left), I went with some friends to the Isle de Gorée, a twenty minute ferry ride from the city. Gorée is known as a beautiful seaside town, but also as the pick up point for slave ships heading to the Americas in the 1700s.  My friend Moni asked me as we entered the port if I had brought any tissues.  Several people had warned us that the Maison des Esclaves (House of Slaves) was a terribly sad site that would definitely warrant some tissue.  I shook my head and replied, “No, I forgot.  But I can just use my sweater.”  She gave me a funny smile and walked away.

As soon as we entered the port to get our tickets, several Senegalese “guides” stormed us to offer their services, the most persistent being a tall, bony, grizzled man with few teeth and a baseball cap who decided he was our escort whether we liked it or not.  Unsolicited, he told the ticket agent what we needed, ushered us through the turnstiles, and said he would meet us on the island to give us a tour.  We rolled our eyes and agreed amongst ourselves to lose him when we arrived.

Upon alighting on the island, our self-proclaimed guide reappeared and strode next to us, as some men tried to tell us we had to walk over through some hut that was supposedly a checkpoint (and undoubtedly was just a scam to scare poor tourists into paying a fee to enter).  Our fearless guide yelled, “NO!  They are diplomats!  Leave them alone.”   There and then we decided, what the hell, having a guide might be worth it.

About halfway through the tour, Moni said she needed to use the restroom.  We stopped at a little outdoor restaurant and she went to use the facilities.  When she came out, she said, “Thank goodness there was paper in there.  I was worried because I didn’t bring any with me.”  I busted out laughing.  “So that’s why you wanted tissue…no wonder you looked at me funny when I said I would use my sweater.”

She laughed.  “I decided not to even ask questions with that one.  I don’t know how you handle your business.”

We walked up to the House.  It wasn’t an incredibly large or sinister structure.  A simple place with two semicircular staircases descending on either side of a door that led to the chambers, like two cobras facing each other. 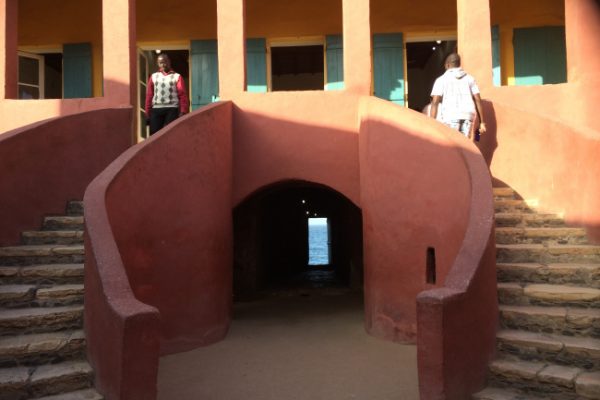 As we walked into the building, each “room” (little more than a dusty square cut out of the rock) was labeled for the people it held: children, women, men, virgin girls, and a tiny enclave with a sign saying, cellule des recalcitrants (cell for the “difficult” slaves), barely large enough to hold a child let alone a grown man.

Each of those rooms had an eery lingering energy.  The room for enfants, which had housed scores of children side by side in a tiny square space, was full of eager curiosity, with a layer of confusion and fear.  The women’s and girls’ rooms were filled with a sense of resign, lethargy, and forboding.  The room of the recalcitrants was full of fury, bitterness, and helplessness. 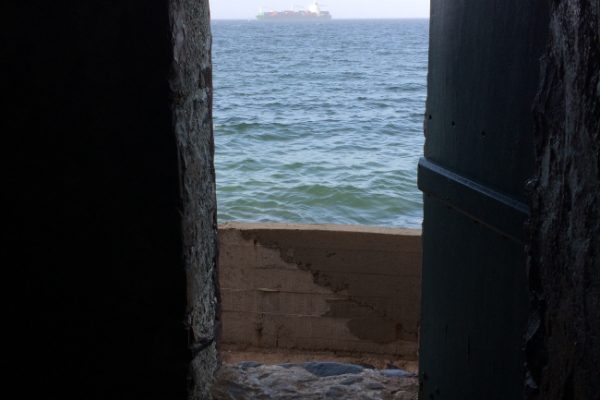 I walked to the Door of No Return, where the slaves were lined up to board the awaiting ships for the Americas. I stood and looked through that stone rectangle, out to the lapping waves and calm sea air.  What now is a peaceful ocean vista was the scene of such an astounding loss of hope, I could barely stand with the weight of that around me. I firmly believe there are some places that carry the energy of the people and things that presided in them, and the House of Slaves is seriously haunted.

As I stood on the balcony over the elegant stairs leading to the courtyard, a new Togolese friend, Jordel, walked up beside me.

“Such a terrible history.  But today we start a new history.  A story of one people.  One human nation.”

I silently thanked him for reminding me that amidst the greatest atrocities committed by humans, there are moments of beauty, integrity and hope. 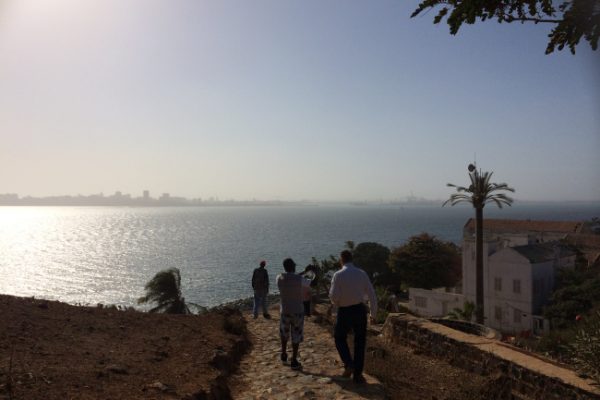