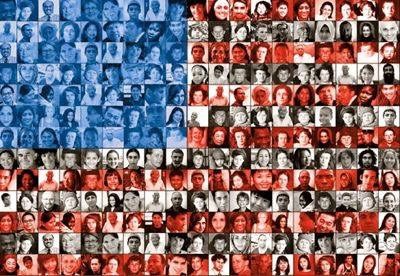 Last week I had the honor of serving as a facilitator for the first ever White House Diversity & Inclusion in Government Summit, which brought together diversity and inclusion (D&I) leaders from the public and private sectors to share strategies for sustaining inclusion efforts in the federal government in the coming years. The event had been planned for several months, and you can imagine my initial excitement leading up to having this conversation when I’d hoped it would occur during the transition to America’s first woman President, someone who had dedicated herself to equality and social justice, and whom I know from personal experience had advanced diversity and inclusion efforts at the State Department.

Of course, that was not the environment in which the Summit would be taking place, and to be honest I instead went into the event with a feeling of helplessness. I think I speak for many people who care about D&I and who do work in this space when I say that I’ve been feeling like the boulder we have been pushing up hill for so long now is about to roll over us on its way back to the bottom.  So what could we possibly accomplish in one day that would make a difference?

What I found at the Summit gave me hope and a sense of empowerment. Energized and undaunted, my federal colleagues were ready to roll up their sleeves and get to work. We heard from senior government leaders, academic scholars, and private sector executives. The speakers shared stories of great success as well as statistics pointing out the urgency of continuing this work in a meaningful way.

Beth Cobert, Acting Director of the Office of Personnel Management (and my ultimate boss), gave a powerful presentation, saying “we cannot afford to leave talent and resources on the table.”

Among the success stories shared on progress made in diversity and inclusion,

We were also reminded that there is much to be done and diversity and inclusion efforts must continue to be a priority in our country. Dr. David R. Williams, Professor of African and African American Studies and Sociology at Harvard University and a leading scholar in linking race disparities to health and wellness, shared the following sobering statistics:

At the Summit, attendees met in small groups to engage in constructive conversations on the biggest obstacles we face, namely:

After acknowledging the challenges, the groups spent the rest of their time collectively identifying promising strategies, including gathering and synthesizing data to make informed policy and procedure decisions related to D&I; embedding D&I into agency strategic plans with specific metrics; and strengthening relationships among agencies and between public and private sector D&I leaders.

One particular message that was clear: relegating D&I efforts only to EEO compliance training is not enough. It’s incumbent on government and private sector leaders to come together, to take a systemic and strategic approach to diversity and inclusion, embedding it into strategic plans, and engaging with elected officials to ensure they keep it a top priority.

Finally, we encouraged one another to not sit idly by, but stand up and demand that diversity and equity remain a priority as we move into the next four years. I think many of us entered the room with the same feeling of powerlessness, a fear that all of the gains we’ve made could be washed away with the stroke of a pen. But we left fired up and ready to get back to work. Make no mistake, we are rolling a boulder uphill, and the higher we get, the more resistance we’re going to feel; that’s the nature of culture change. The Summit reminded me that every time we move that boulder there’s more room behind us for more people to help us push, and if we’re successful in our work we’ll have all the help we need.