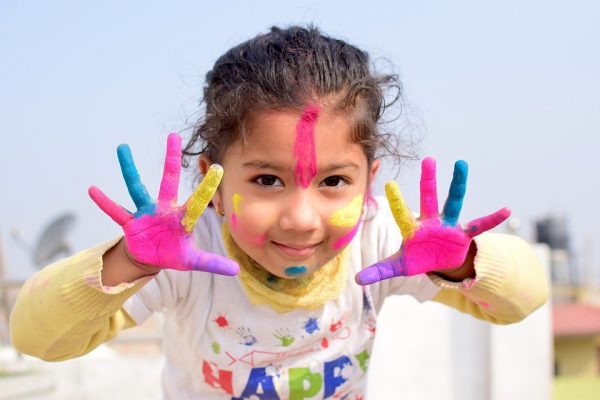 Last weekend I took my youngest to a new dance class. She’s been trying her ballet and tap shoes on for days. It’s adorable. I asked her afterwards if she enjoyed the class and if she liked the teacher.

As she rolled around the rug in her little pink tutu, she looked up with her little doll face and said,

“I didn’t like the teacher because she’s brown and I don’t like brown people.” Then she ran off to play with her Light Brite.

My first reaction was, “What the hell did I do wrong?”  My kids’ bookshelves are filled with stories of children of all races, creeds, and backgrounds. I tell them stories of Rosa Parks and Martin Luther King and Michelle Obama. They have dolls that are multi-ethnic, and their favorite Disney movies are Mulan and The Princess and the Frog. They have friends that are all different races and ethnicities.

I MAKE MY LIVING TEACHING ABOUT DIVERSITY AND BIAS FOR PETE’S SAKE.

I was completely flummoxed.

Then I recalled a story my mother told of three-year-old Maria, who, at the sight of an Asian family at the mall, pulled the corners of my eyelids back and exaggerated my overbite, laughing. I did this, despite the fact that my best friend at the time was Chinese American, and my parents always instilled lessons of being kind and loving all people equally. God, how much of a jerk was I?

I have always believed that racism and prejudice are learned. I teach my participants that children aren’t born prejudiced, rather they learn from the messages they internalize all around them. But are we inherently prejudiced? Am I just completely naïve and the harsh reality is we’re all biased from birth and there’s no preventing it?

I understand the innate, human instinct for like sticking to like. We all want to be with people we believe are like us. But damn, I thought the research said exposure to differences helps us overcome bias. However, there’s also interesting research that came out recently showing that younger children tend to be more ego-centric and are therefore more focused on who they believe looks like them. Older children actually showed less implicit bias in the study, which underscores how individual characteristics, such as shared interests, become more of a unifying factor than physical traits. So maybe instead of delivering my “Managing Unconscious Bias” training with puppets (like I was planning), I should reinforce how people who look different have common interests to them.

In the meantime, hopefully they’ll keep their opinions to private conversations in our home rather than showcase them in the mall like I did.