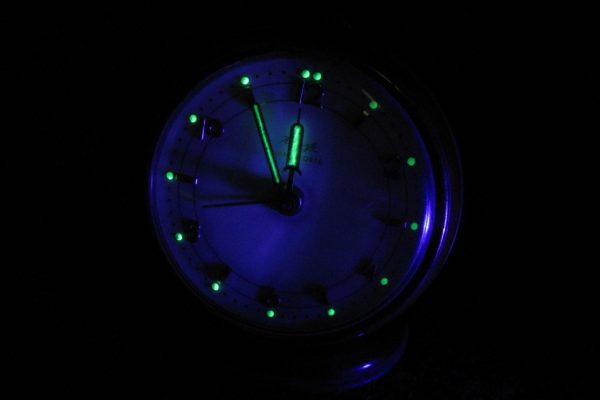 When I was a kid I started suffering from insomnia in about fifth grade, and it continued for years. I would lie in my bed, staring at my little white plastic alarm clock that played “Here Comes the Sun” and desperately try to will myself to sleep, while the minutes and hours ticked by. The more I tried to relax and go to sleep, the more anxious and awake I became. The rumination were on an endless loop of self-flagellation. “I’m not going to get enough sleep and I’m going to be tired and I’m going to do badly in school and I’m going to disappoint my teachers and my parents and I’m going to get bad grades and never get into college and nobody will like me and I’ll be a failure with big bags under my eyes.”

Often, I would pad down the hallway in my pajamas to the living room, because I knew I wasn’t the only one up.

I would sit on the couch, curled up next to my dad in his hunter green easy chair and his terry cloth robe and black tube socks. We would watch whatever black and white movie was playing at 2am on Turner Classic Movies or American Movie Classics. He loved the spaghetti westerns. My favorites were the film noir crime dramas and anything with Katherine Hepburn or Lauren Bacall. I liked their sass. Our mutual favorite was “Some Like it Hot” with Tony Curtis, Jack Lemmon, and Marilyn Monroe. We never spoke, and he didn’t try to make me go back to bed. There was a silent acknowledgement that there would be no peaceful slumber for either of us. I’m sure my anxieties and demons were far more innocent and mundane than the images that kept him from closing his eyes at night. My insomnia was intermittent. His was chronic. But knowing we were both suffering made it less isolating and even a bit fun, like a secret adventure we got to share.

On and off, throughout the years, I’ve had recurring attacks of nighttime anxiety. I’ve tried melatonin, meditation, and Malbec. But my body and brain reject them all. After tossing and turning for a while, I find myself slipping to my living room to watch an old black and white. The sleep doesn’t come, but my memories are filled with warm, terry cloth nostalgia and visions of a green wingback. Even in those isolating hours when the hands of the clock are ticking toward dawn,  I watch the black, white, and grey figures on the screen and know I’m not alone.