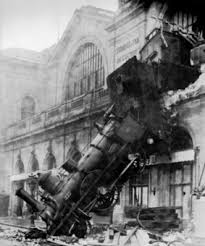 I felt like an impostor last night.  I was invited to speak on a panel for young women on maintaining work/life balance as a successful career woman.  I’m not sure I’m qualified to be giving advice, seeing as I feel a constant struggle to achieve balance in my life.

I looked up “balance” in the dictionary and it is “a state of equilibrium or counterpoise.”  I then had to look up “counterpoise,” because it sounded like a dance move to me.  Apparently, it is “an equal or opposing power or force.”  So I guess I’m supposed to be creating equilibrium by managing two equal and opposite forces: work and life.

Yet, aren’t these two elements more integrated?  I like my life being blurred and slightly chaotic when it comes to managing my priorities.  My work is a pretty important part of who I am.  I also don’t think work/life balance is just about women who are married with kids and still trying to manage their careers.  That may be part of it, yes, but not all women decide to have a traditional family.  Furthermore, I see achieving balance as striving to create that equilibrium, to maintain focus on one’s true purpose in life, to leave time for just being.

As a firstborn daughter of a multicultural family of teachers, one could say I’m an overachiever. I have always been impatient and in overdrive when it came to personal achievement and meeting the highest expectations (mostly self-imposed).  Lying low and just “being” were incomprehensible to me.

I do think there is a moment for many of us when we realize the importance of balance, be it the birth of a child, the care of an elderly relative or loss of a loved one, a personal illness, or some other life-altering event.  There’s a moment when we must choose to either take a deep breath and be still, or barrel along at breakneck speed even when the universe is sending us clear messages to slow down.

When my baby was born, I would like to say I completely stepped back and focused on being with her.  I convinced myself that I was doing a great job of settling into the serenity of new motherhood for a few months. What I really did was take conference calls the day I got home from the hospital, start running four miles a day a week after she was born, and go back full time to work after two months.  Granted, I was mostly teleworking, and exercise mainly helped me feel energized and healthy.  Yet I realize some of the decisions I made to bounce back after the birth of my child were not made in the best interests of either her nor myself, rather to serve my compulsion and sense of obligation to get back into the swing of things as soon as humanly possible.  Did anyone in my workplace expect me to take a call 48 hours after I gave birth?  Nope.  That was self-inflicted labor.

When I went back to the office, I threw myself headlong into every additional project I could find.  I said yes (or at least didn’t say no) to every request asked of me, including workshops, board memberships, speaking engagements, and hosting social events.  At one point last Fall, I looked at my calendar and realized that there was a five month stretch where I had committed myself almost every weekend, and had evening events at least 2 nights every week.  I was not spending the kind of time I wanted with my child, and devoting even less time to my spouse, my friends, and leaving no time whatsoever for myself. I was beyond exhausted.  I felt like a sponge that had been squeezed of every last drop of water.  I was constantly physically thirsty, as though I couldn’t get enough liquids in me.

A good friend took one look at me and said, “Look, I was you a couple years ago.  I was going so hard that I made myself seriously ill and had to quit everything.  My family suffered, my career suffered, I suffered, and it’s taken me this long to get back on track.  Don’t make the same mistake.”  I smiled and agreed and promised myself and her I would slow down.  Then I didn’t.

One night, I was driving home from work, running late to pick up the little one from the nanny share.  I took a wrong turn and ended up going the opposite direction.  I probably only set myself back about 5-10 minutes.  But in that moment I lost my ever-loving mind.  I believe my Southern friends would say I “dropped my basket.”  I sure as hell dropped that thing.  I screamed until I was hoarse, gripping the wheel of the car until my knuckles were an angry white.  I banged my head against the carseat.  I laughed hysterically while tears streamed down my cheeks.  I called myself the most hateful, horrible names.  This went on for 15 minutes while I drove through Rock Creek Park.  I collected myself enough  to pick up my little one without the nanny feeling compelled to call child protective services.  As my little one sang sweet songs to herself in the seat behind me, I broke down into angry tears again.  Why wasn’t I enjoying this precious time with my daughter, my husband, myself?  Why was I robbing myself of peace in such a peaceful time of my life?  At that moment, I truly committed to changing my bad habit of overcommitting.  I began to take action to slow my pace, relax…and.  just.  be.

I don’t want to make this about being a woman, but I do believe there is an additional pressure many women in my generation put on ourselves to be the perfect professionals, mothers, wives, hostesses, housekeepers, athletes, fashionistas, cooks, and philanthropists.  It’s not enough to have a job you enjoy and are good at.  You have to be on the fast track and either work toward a top tier position or be a successful entrepreneur.  You can’t just be a decent mommy.  You have to be present at every major event, know how to do every crafty activity, and make sure your kid is super advanced and on the proper waiting list for pre-school by 18 months.  You can’t just be a good cook, you must be capable of gourmet organic vegan meals every night.  You can’t just lose most of the baby weight.  You have to be training for a triathlon and bikini ready six weeks after you pop out the baby.

Maybe I’m just talking about my own internal demons and the rest of you ladies out there don’t experience these issues.  Lucky you.  I do find it incredibly difficult to stop the internal monologue that insists I’m not doing enough if I don’t over-succeed in every possible nook and cranny of life.  That’s not balance.  That’s a freaking runaway train.

So here’s what I propose to my fellow out-of-balance females.  Let’s keep each other honest.  Let’s help one another find equilibrium, counterpoise, centeredness…whatever you want to call it.  Let’s stop judging ourselves so harshly for the decisions we make in our lives.  Let’s be true allies for one another.  Because I sure as hell know I need an ally or two when I’m stuck on my runaway train.  Maybe some of you do, too.